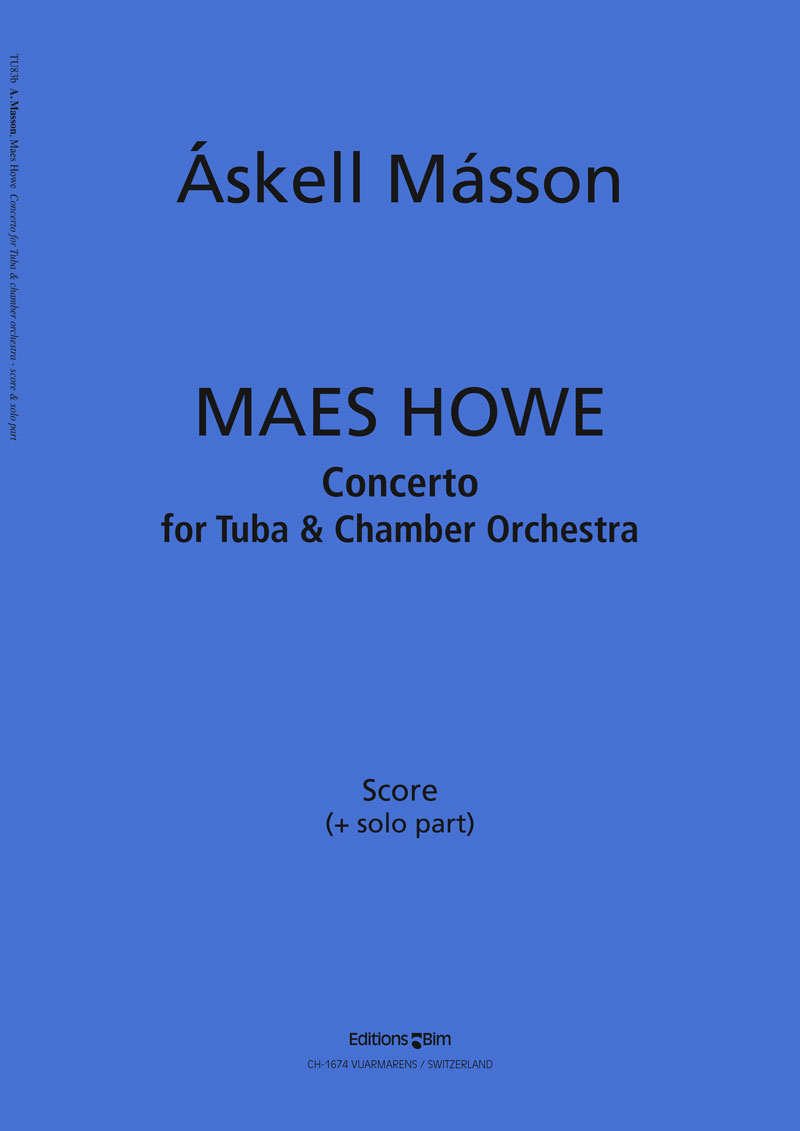 for tuba and chamber orchestra

Maes Howe is a large sepulchral mound in the Orkney Islands of northern Scotland, containing a long passage that leads to a rectangular central burial chamber whose walls hold small vaults.

Built some 5000 years ago - earlier than the pyramids of Egypt and the Parthenon of Greece, it is considered one of the finest examples of Stone Age architecture.

The sepulchre was designed taking into account the seasonal movements of the sun and is so precisely constructed that only once a year, on the winter solstice, do the sun's rays penetrate down into and all along the narrow entrance passage, illuminating an alcove that once held human remains.

Norse and Viking raiders defiled the sepulchre during the mid-1300's AD, carving runes on the stones of the main chamber that today are considered the finest example of Viking runes in existence.

Commissioned by Harri Lidsle, with funds from NOMUS and the Kulturverein Island-Finland for the 2001 International Tuba and Euphonium Festival in Lahti, Finland, this work is based on an Icelandic folk melody sung to many texts