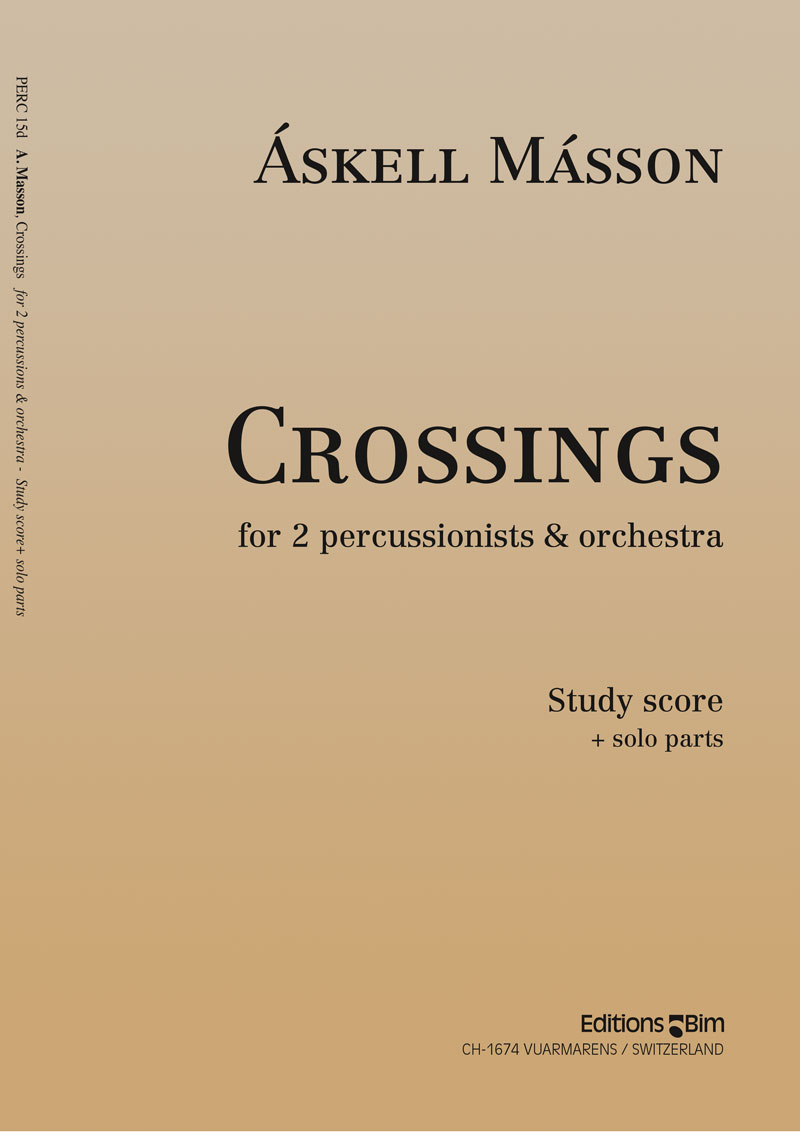 for 2 percussionists and orchestra

Crossings, a double concerto for two percussionists and symphony orchestra.

This work was written in 2002 for Evelyn Glennie and Gert Mortensen at the suggestion of the Arts Association of March 85 in Denmark, who also commissioned the work.

The soloists and the composer being from three different countries in the North Atlantic: Iceland, Denmark and Scotland, -intrigued the inclusion of some musical material which would be both typical for each of these three countries as well as showing some of the cross-relations between them. Thus we hear both folk melodies (or fragments from them) and rhythms typical of these three countries interwowen in the process of the work.

The instrumentarium of the two soloists is focused on tuned metal instruments (with the Vibraphone at the center of attention) and several drums of contrasted origins.

The work is in four sections, or movements, which are played continuously as one block.

There is a double Vibraphone Cadenza which leads to a new section of fast playing on the two instruments, charachterized by a repeated motive of 7-tuplets and scales.

The third section starts powerfully with hammered strokes in the timpani and loud chords in the brass. This section is in a mirror form (a-b-c-b-a), thus ending as it started.

The work then concludes with an Epilogue which culminates in a double Cadenza on two Snare Drums of a different character; a Scottish Highland Drum and a Piccolo Snare Drum