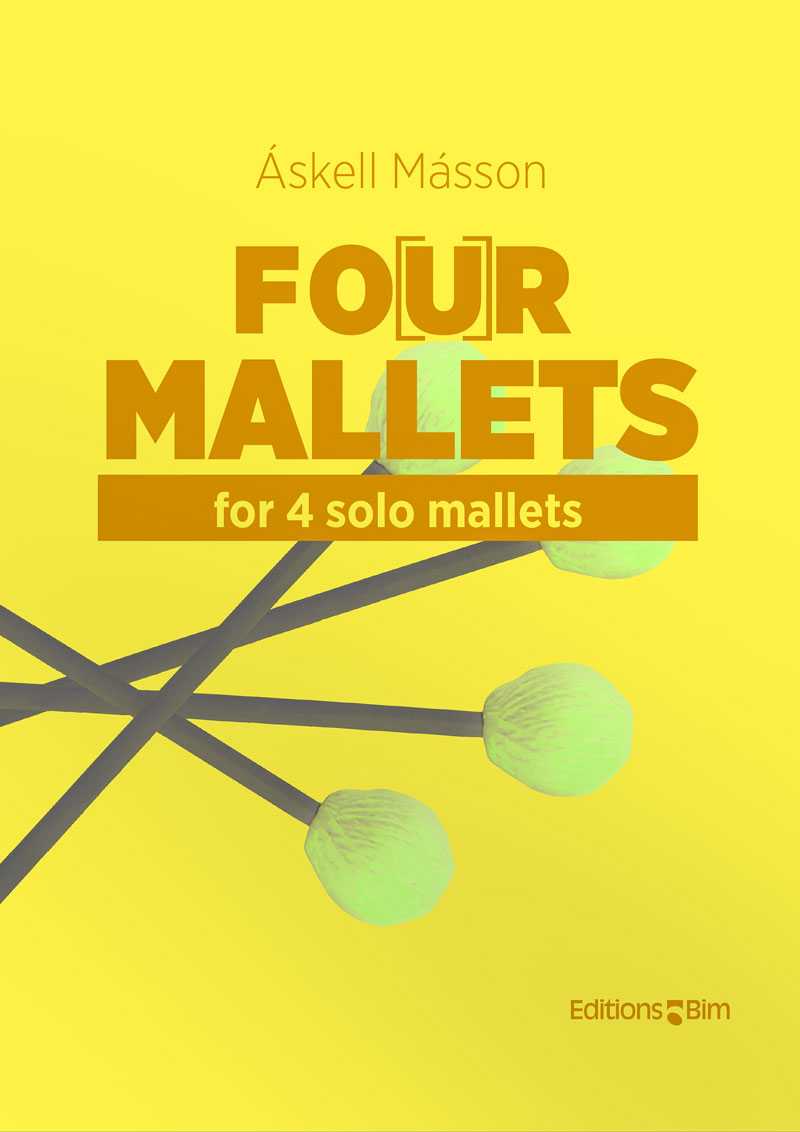 for 4 solo mallets on any surface

This piece is written for four mallets only. The player has to choose on which surface he plays and then chooses the mallets accordingly to acquire a pleasant sound. The surface can be anything such as the stage he’s standing on, the conductor’s rostrum, an instrument case, etc. Therefore the player can be in any position, standing or sitting.

Do not play this piece on 4 different surfaces and certainly not on 4 wood blocks, or temple blocks, f .ex.

The player may choose 4 mallets which gradually harden from left to right (4.3.2.1.) and may also play the piece on two different surfaces, f .ex. start on surface one up to bar 20, then play on surface two until the end.

Before actually starting to play, hold the mallets high so that they’re directly in front of your face. Look concentrated, and constantly looking at them, gradually lower the hands towards the playing position.

Start playing immediately when the mallets are in the correct playing position.

This piece is most effective if memorised by heart as then the player can transmit the greatest concentration towards the mallets and the audience.