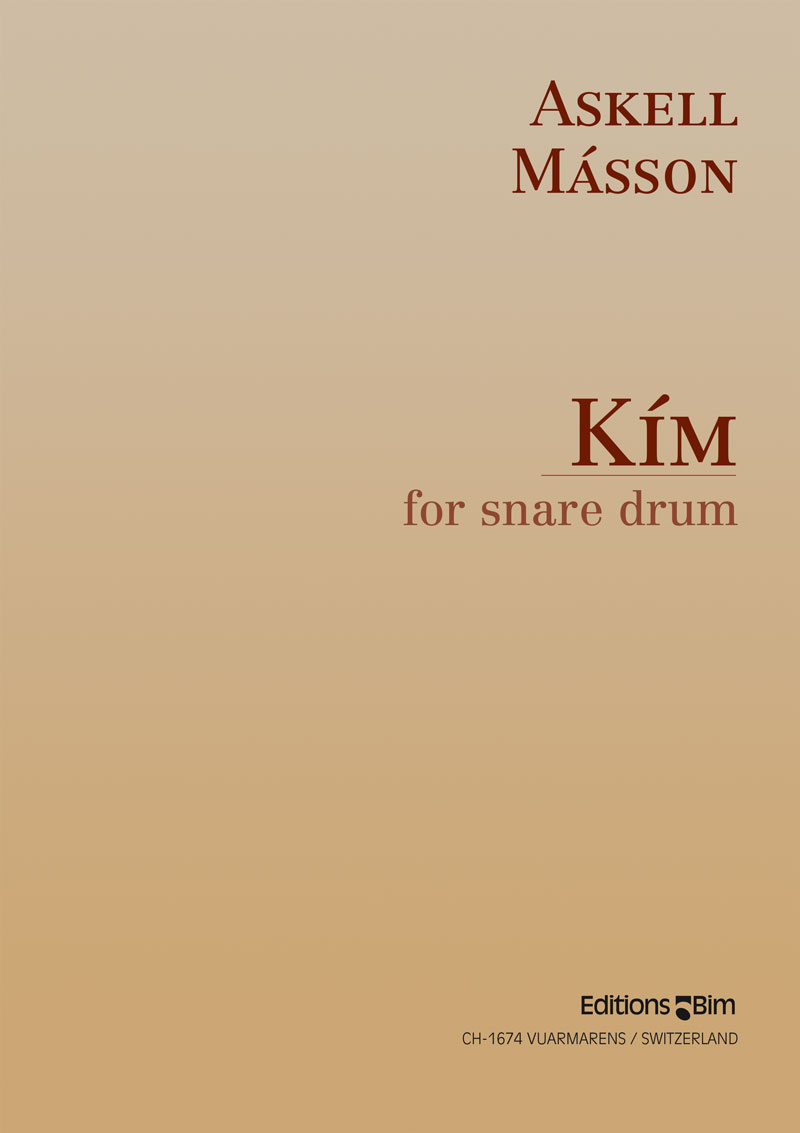 KÍM means germ or embryo and the idea is roughly to start on something simple which then gradually grows and takes on a new form, like a plant.

The work is a continuation of my exploitation of the possibilities of the snare drum as a solo instrument, using sounds and polyrhythms which I hadn´t in the earlier pieces (PRÍM and KONZERTSTÜCK).

The piece has a metric pattern of 3/8, 7/8 & 11/8 which is repeated 32 times. With the aid of brush and a practise pad as well as the instrument itself, one of my aims was to establish rhythms in various timbres which would develop constantly new wievpoints by putting these into permutational combinations

Commissioned and premiered by the Danish master percussionist Gert Mortensen, the piece was premiered in Fredericia, Denmark in January 2002.